On 9 September 2020 ‘De Balie’ organized an interesting evening about stacking educational
degrees in education. ‘Stackers’ Recep Yoruk and Cathy al Bazy gave all stackers a face and
we learned from their stories. And Suzan de Winter-Kocak of the Verwey-Jonker Institute
gave a glimpse into a study on stackers that will be published this autumn.
The stories were impressive and, together with the research, showed that stackers did not
have the easiest educational careers. In particular, low expectations and under-consultation
affected their self-esteem and self-confidence. The successful stackers argue for high
expectations and better support from education professionals.
It was also striking that there were also many stackers among the attendees, 2 of whom
stacked the entire trajectory from practical education to university. You become silent from
their experiences and stories. And you can only have respect for them. They in turn thanked
a parent or grandmother who did believe in them, who had faith in their talent.
The stories were followed by a debate in which we participated from the Education-Lab. The
goal was to think together what works so that stacking is no longer necessary or made
easier. The usual solutions came along: less under-consultation, fewer levels in the VO,
broad and multi-year bridging classes, parental involvement and high expectations. Good
examples, including the OSB, were shared and complimented. And the stackers themselves
received many compliments.
The best part of this evening was not the debate, but the stories of the stackers themselves.
Those stories were so instructive because they show in detail the thresholds these pupils
and students face. So I advise everyone to look back at the video of the evening and let their
stories work on you. Why don’t we listen to students’ stories more often if we want to
improve our education? For example, how is it possible that ‘all the stackers have said that
they have had negative experiences with their teachers’, as one of the attendees wondered
out loud at the end? Perhaps the conclusion of teacher Marlau van Rens, who graduated
from UM the week before, works: just involve the students themselves in the transition PO-
VO.

WATCH THE DEBATE AT ‘De Balie’ (in Dutch): 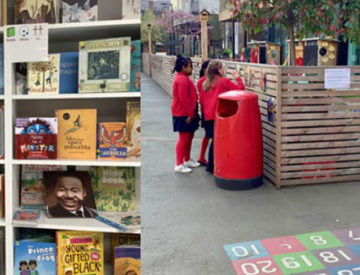 Eye-openers: Report of a study trip to London

In March, we went to London to visit two research schools and our colleagues from the Education Endowment Foundation. It was 2 days full of inspiration and wise lessons. 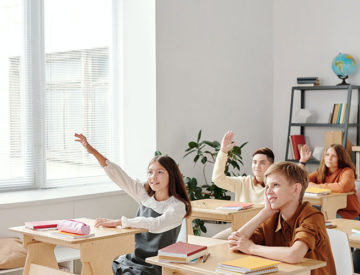 Educational opportunities in the wake of covid-19: webinars now available on YouTube

On the 9th of June LEARN! and Education Lab organized an online conference about education opportunities in the wake of COVID-19. 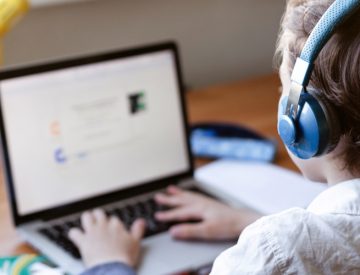 Online conference ‘Educational opportunities in the wake of Covid-19’

Join Research institute LEARN! (VU) and Education Lab for an online conference on Wednesday June 9, from 1.30pm to 5.15 pm CEST! We will discuss the increasing inequality in primary and secondary education, caused by the Covid-19 pandemic. On the schedule